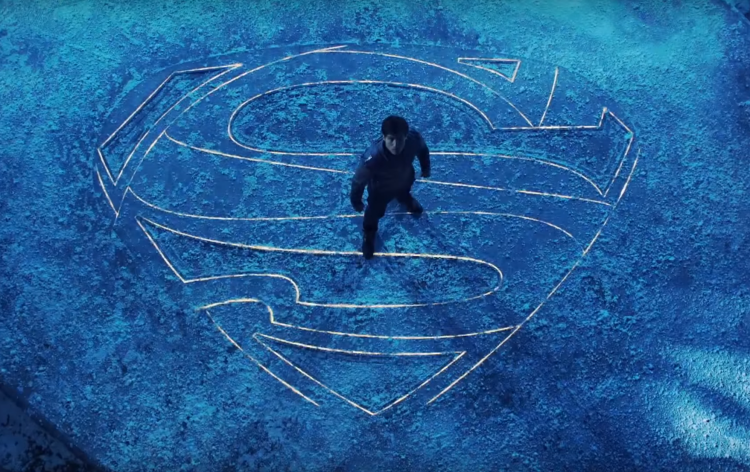 Maybe I shouldn’t watch new television programs. It seems like I begin watching them, wanting to hate them, because there’s already so much good television out there that it becomes difficult to watch everything. An embarrassment of riches, especially for those of us with a certain nerdish bent.

But, there was no way I was going to miss out on the premiere episode of SyFy’s Krypton. Kal-El, known to Earthlings as Clark Kent, or, perhaps even more importantly, as Superman, is the grandfather of all powered superheroes, not just at DC Comics but at every comic book company. Even though I decided to “Make Mine Marvel” way back in the 1970s, I still give the proper respect to what came before. And, Superman was first.

The mythology of Superman is something that’s known to everyone. Baby Kal-El was placed in a rocket ship and sent to Earth as the planet Krypton was exploding. An ambitious scholar could write a dissertation pointing out the parallels of the Superman origin story and tales from the Holy Bible. The baby-in-the-rocket story is awfully close to the Moses story. Without much effort you could find elements of Samson and even Jesus as well. But, I digress—

This series is set on Krypton. Long before Kal-El was born. Even before his father, Jor-El, was born. When I heard that the series would be centered around Superman’s grandfather, Seg-El (Cameron Cuffe), my first response was “Who cares?” After watching the premiere, it seems that I care. Maybe not a lot yet, but I’m intrigued and will be watching the next episode to air.

The folks at SyFy, including developers David S. Goyer and Cameron Welsh, and showrunner Damian Kindler, are playing a smart hand right here. They all knew that a show that involved Superman’s grandfather (and even great-grandfather, and great-great-grandfather) would not really interest me without an immediate tie-in to the present-day Superman. Using the obvious, but still brilliant, means of time-travel, the creators of this show immediately made it infinitely weirder, but also more interesting at the same time. Adam Strange, whose name I know from comics even if I know next to nothing about him except he’s been compared to John Carter of Mars, shows up in this premiere episode wearing a hoodie and a Detroit Tigers baseball cap (like Thomas Magnum?). He has travelled through time to warn Seg-El that beings from the future will be coming to attempt to prevent Seg-El’s grandson Kal-El from being born. The first of these beings is none other than Brainiac, who looks very scary in the glimpses we get of him.

Allow me to backtrack a little here. You need more backstory on Seg-El. As the episode opens, Seg-El’s own grandfather (who would be Superman’s great-great-grandfather, if you’re keeping score here) Val-El, is tried for treason because of his research into alien life and sentenced to death in the ruins outside Kandor. Seg and his parents, Ter-El and Charys-El, are stripped of their privileges and banished to the lower-caste slums. They are even stripped of their house sigil, which is, of course, the iconic Superman emblem. 14 years later, a 20-ish Seg-El prevents a terrorist attack on the Lawmakers Guild and is allowed to be married to Nyssa, the youngest daughter of Daron-Vex, the Chief Magistrate, the same man who sentenced Val-El to death and stripped the surviving Els of their rank and privilege. Seg-El is actually in a clandestine romance with Lyta-Zod, whose mother Jayna-Zod is the Primus of the Kryptonian military guild (and perhaps forbearer of another “Zod” we all know and love to hate?).

Seg-El is shown to have a lot of street smarts. He runs cons with his best friend Kem (a bartender in the lower districts of Kandor) to raise money for his family. After Adam Strange approaches him and gives him a sunstone with the family crest, he tells Seg-El that he must continue his grandfather’s work in order to save his grandson. He also gives Seg-El a Superman cape that serves more than a little like Marty McFly’s photograph of his family. The cape is beginning to disintegrate, and if it disappears completely, Superman will no longer exist in the future timeline. Seg-El is instructed to locate “the fortress.”

The fortress turns out to be, of course, Val-El’s personal Fortress of Solitude, and it is Seg-El’s own mother who leads Seg to the place. This ultimately results in Seg’s mother’s own death, and soon after, his father’s. Seg-El ends up witnessing the deaths of his grandfather, mother and father. He is the ultimate orphan. Perhaps he will become the Batman of Kandor, two generations before his grandson becomes Superman.

The time travel element has put a twist on this show that appeals to me. I’m not sure what’s going to happen next, which is a great place to be in. I understand that the series Krypton is occupying its own continuity, which I also like since anything is allowed to happen without affecting anything else in the DCU. From my on-line reading, I know that, besides Brainiac, we’re going to see appearances by Doomsday and Hawkgirl (who will not be related to the DC’s Legends of Tomorrow Hawkgirl). I’m surprised to find that I’m excited about this as well.

I may have to continue to drop lesser shows in order to watch new ones. Krypton is a keeper at the moment. Ignore Metacritic and Rotten Tomatoes for a minute and form your own opinion. This is interesting television, and I want to see what happens next.

One thought on “Krypton: Season One Premiere: “Pilot””