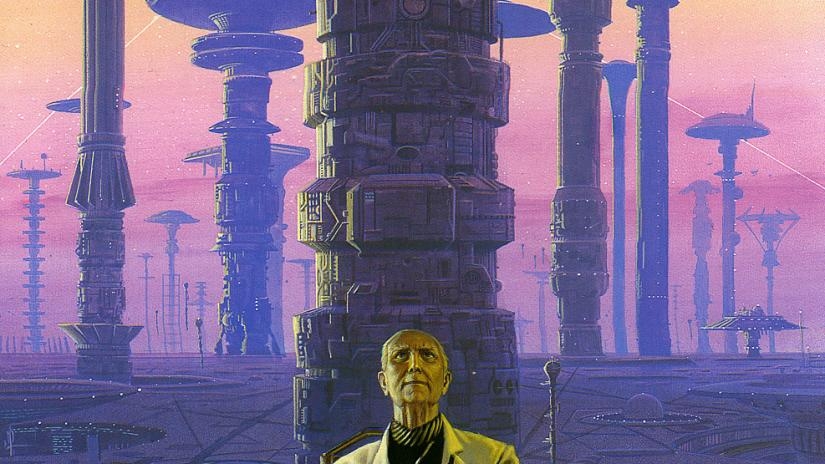 The question mark in the title isn’t a mistake. It’s just that I’ve been teased with this news before and was disappointed.

A few years back, Jonathan Nolan was attached to the project and Foundation was coming to HBO. I was so excited by the news that I re-read all of the original trilogy and its ’80s sequels again. I knew that HBO was the right place to go with the story since they had done such a great job with George R. R. Martin’s Game of Thrones. And, Jonathan Nolan had the science fiction chops to make something good out of it.

I knew that some of the things about the series would be problematic. By design, the story spans many generations, and the only character who is still around from Hari Seldon days during the last novel, chronologically speaking, is R. Daneel Olivaw, a character from some of Asimov’s famous robot stories who was incorporated into the Foundation series. There were other sequels written by other writers that I’m not going to address in this post. Part of the reason is that fact that I’ve read only one of these, and it wasn’t Asimov. I think it best to keep the story pure.

One idea that I think would work well is to play with the timelines a bit. Hari Seldon is the central character in the Foundation series, even though he’s not living long before the story is over. Asimov’s “prequels” about Hari Seldon and the early days of psychohistory provide a lot a material about Hari. I think the series could keep part of its focus on how Hari Seldon develops psychohistory and begins the Foundation. Then flashforwards could highlight certain parts of his “science” that come into play centuries later. Olivaw could be used as the common thread tying all the storylines together, so that the series could be just as much his story as Hari’s.

Just a thought. Jonathan Nolan could have done something special with this.

Of course, as we all know, he went on with his wife, Lisa Joy, to create the Westworld series for HBO, and it has been a huge success for the network. It, too, has robots, but they are far more integral to the plot of that series than in the Foundation stories. I think Nolan just wanted to do something with robots, and it was Westworld that won the toss.

While I’m happy that we have Westworld, I was disheartened when there was no longer any talk about a Foundation series.

That is, until recently. Back in April, it was announced that Foundation was coming to Apple TV, with writer/producer David S. Goyer (whose Krypton entertained me this year) attached to head up the project. Once again, I’m cautiously excited. I’m not going to re-read all of the books again now, but I’m still excited.

But, fool me once, shame on you. Fool me—uh, you can’t get fooled again. One of my favorite Bushisms.

I want this project to get made. More importantly, I don’t want it to suck. Let’s see if it happens this time.

Firewater is a middle-aged pop culture fan whose life is sustained by his word count.
LE TOUR D'ECRAN

Exploring the World of Fiction