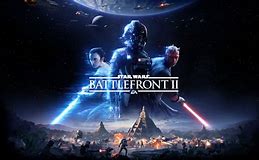 I’m going to admit up front that this is largely a review of the Iden Versio campaign in Star Wars Battlefront 2. I’m not a co-op type a guy, and I don’t expect that to change at this stage of my life.

I have played some of the co-op offerings in this game, and I enjoyed them about as much as I enjoy any co-op missions in any game. Which is to say, somewhat. My level of enjoyment is a bit elevated in this game because it is the Star Wars galaxy, after all, and even when I’m not exactly enjoying the missions as much as I would like, I’m enjoying the settings fully. The chance to pilot Star Wars vehicles or to inhabit my favorite Star Wars characters is worth the price of admission alone.

I’ve finished the campaign now, but have decided to hold on to the game. That should tell you something.

The campaign centers on Iden Versio, who is an Imperial Special Forces commander as the game begins. We are with her as the Death Star II blows up above the forest moon of Endor. In most of the campaign missions, you are playing as Iden. Not all, which is important also, but most. You are still loyal to the Empire through a couple of missions.

In Mission 3: The Observatory, you get to play as a black-clad Luke Skywalker. And it is a fun mission. As you continue forward, you end up playing as Han Solo, Leia Organa and Lando Calrissian, and this is like coming home to an OG Star Wars fan.

The cameos from classic Star Wars characters is fun, but the Iden narrative is entertaining in its own right. Commander Gideon Hask, one of the big villains left in the game, is played by actor Paul Blackthorne, who used to be Quentin Lance on CW’s Arrow. He’s using his real accent in this one.

In the campaign, you get to fly a variety of vehicles as well. Including the Twin-Pod Cloud Car. You know you’ve been wanting to fly that one around Cloud City.

Is the campaign alone worth the price of admission to this game? Well, now it probably is, since you can get it at GameStop for $19.99 new.

The campaign is an interesting story that spans the years from Return of the Jedi through The Force Awakens, incorporating settings from the prequels as well. It may not be as cohesive as one of the Star Wars movies, but it has its exciting scenes. And, yes, Kylo Ren is there as well.

I enjoyed the last game, but I enjoyed this one more. And, like I said, I’m not selling it anytime soon, and that’s the highest recommendation I can give any game. This was a fun one.

Two video game controller thumbs up from me.

Firewater is a middle-aged pop culture fan whose life is sustained by his word count.
Dr Girlfriend

A love story from the late 90s. A time before digital when all you had was your memories.

Poetry, stories, art, and music from the desk of Jezzie G

Loving films and writing about it!

Hailing from Singapore & writing about cinema since 2007

An interactive forum for lovers of horror, suspense, the occult, and terror of every stripe

examining the art of storytelling

for those who like their movie reviews short and sweet

Film reviews as you know them only much....much worse

In Her Own "Professional" Words

Star Wars In My Corner of the Galaxy

Comics, The Universe and Everything

Musings on comics, mathematics, elections and anything else I can think of.

Learning more about our place in the universe...

all things library and life.. from a librarian

Between the Cracks of Here and There

Short story fiction from around the world