The challenge of posting a 10-List is limiting myself to just 10 of anything when trying to determine the quintessential items, be they movies, albums, books . . . whatever the case.

I don’t consider this a Top 10 list. Let me explain my process, so that you’ll understand.

I brainstormed comedy movies at the beginning, writing whatever came to mind without editing myself. I probably had a list of 40 or 50 movies when I was finished. If you struggle to think of even 10 of anything, then you’re probably not going to have a true “quintessential” list. Then I pulled up a couple of Top 100 lists from the Internet, from IMDb and other sources, then added maybe another 20 movies I had forgotten.

So, the process of winnowing down the list began with a massive list of comedy movies. The first cut is the deepest, according to both Cat Stevens and Sheryl Crow, and it was true in this case. Half the list was scratched off immediately. I’m not doing a “Movies That Didn’t Make the Cut” post, but I can give you an example. Porky’s was an easy cut for me. I remember watching this one in the theater and laughing my ass off. But, it’s not one of those I would necessarily watch again if I stumbled across it while flipping channels. Using this as my yardstick, I had the list trimmed down to around 25 after a second pass.

Here’s where the editing process gets difficult. I could make an argument for the true quintessentiality of all 25 of the movies that made the list. However, this is called a 10-List, not a 25-List. I was forced to kill a lot of my darlings.

Some movies were eliminated because of the actors who starred in them. Let me explain. Groundhog Day stars Bill Murray. So does Stripes and Ghostbusters. Arguably, so does Rushmore, although I always considered Jason Schwartzman the star of that one. I lumped the Bill Murray movies together and, with much hair-pulling and teeth-gnashing, picked one of them for the list, scratching the others off, reluctantly.

This doesn’t mean that I think Super Troopers is a better movie than Stripes, because it’s not, and I don’t. That’s why I don’t consider this a Top 10 list. It’s more of a representative sample of the types of comedies I like. If I made this list again tomorrow, I guarantee it would be different. Full disclosure: I’ve changed it three times while writing this post. Only publishing it after the final edit will make me stop.

I can hear someone saying that both Bill Murray and Chevy Chase were in Caddyshack, and both have other movies on the list. This is true, and I almost eliminated Caddyshack for that reason, which would have been a shame. I justify leaving it on the 10-List because neither Murray or Chase were the leads in that movie. If I had another Michael O’Keefe movie on the list, that might have been a different story.

Does your 10-List differ from mine? Of course it does. Feel free to comment and tell me how.

Now, without any further ado, my 10-LIST OF MOVIE COMEDIES. In alphabetical order. 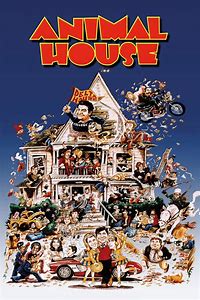 I don’t know how many times I’ve watched this movie over the years. At least twice in the theater. At least twice on VHS, another two times on DVD, and maybe another five times on television. I always find something to like about this movie. Especially Otis Day and the Knights.

A classic. Pure and simple. Plus, Rodney Dangerfield and Ted Knight. ‘Nuff said.

This was not my introduction to Kevin Smith. That was Chasing Amy, one of the darlings I had to kill. But, this black and white movie with crappy production values resonated with me. The conversations between Randall and Dante sounded like something I would have heard when talking to my own friends from high school or college.

The movie that launched a hundred careers. A true classic. Tell it to Mr. Hand. Hey Bud, Let’s Party! 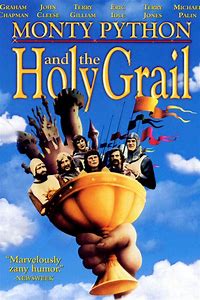 MONTY PYTHON AND THE HOLY GRAIL

Infinitely quotable. Surreal British humor that never fails to elicit a chortle or two from me. I always thought using the coconuts was just genius writing until I found out they were used because they couldn’t afford horses.

Our introduction to the Griswold family and Wally World is a memorable one. Anyone who’s ever taken a family vacation or strapped a dead relative to the top of a station wagon can relate to portions of this movie.

A workplace comedy from Mike Judge, the man who brought us both Beavis & Butthead and King of the Hill. Again, immensely relatable if you’ve ever worked any job. I never looked at a red stapler the same after watching this. Or pieces of Flair. I get gold stars to put on my lanyard at the USPS. True story. 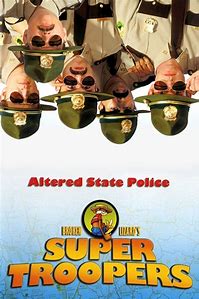 I think the ultimate cult status of this movie even surprised those Broken Lizard guys who made it. I find parts of this movie funny for reasons I can’t fully explain to another person. And, yes, the snozzberries taste like snozzberries. All right meow.

THIS IS SPINAL TAP

This may be a generational thing. Maybe that’s true with most of these movies. I loaned my DVD of this movie to several younger people I used to work with, and none of them thought it was as hilarious as I do. This made me sad. It also made me want to turn everything up to 11.  11-List, anyone?