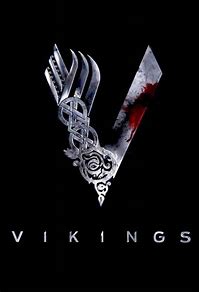 I’ve found a new obsession and its name is Vikings, thanks to the History Channel and Amazon Prime Video.

The first season was a rousing nine-episode peek into the world of the Vikings, through the lens that is Ragnar Lothbrok (Travis Fimmell), the possibly legendary Viking farmer who had the vision to imagine undiscovered lands to raid to the West instead of the East. Ragnar has to overcome the opposition of his own liege lord, Earl Haraldson (Gabriel Byrne), eventually becoming Earl himself. I’ll leave it to you to guess how.

Ragnar’s story is writ both large and small. On his raids to the West, he brings back a prisoner/slave, the Christian monk Athelstan (George Blagden), who, in many ways, becomes a surrogate for the viewer, a stranger-in-a-strange-land who is learning the ways of the Norsemen. Ragnar also has a comely warrior wife, the shield-maiden Lagertha (Katheryn Winnick), who is destined to be more than a home keeper and mother to their children. His brother Rollo (Clive Standen) increasingly finds himself in the shadow of Ragnar’s growing legend. By the last episode of the season, this seems to have come to a head as Rollo pledges fealty to Jarl Borg, in Götaland, the enemy of King Horik, to whom Ragnar is sworn. It seems that the brother-vs-brother conflict that was promised in the pilot episode is about to come to fruition.

The series changes direction somewhat after Earl Haraldson stops being the Big Bad of the show. Ragnar now has to deal with the stresses that come with command. Lagertha suffers a miscarriage, which makes Ragnar question whether the gods now favor the direction his life has taken. Ragnar even plans to offer Athelstan up as a sacrifice to the gods during a pilgrimage to the temple at Uppsala, during a great rite where “the gods walk the earth.” Athelstan is found unworthy (fortunately, for him, I guess) because he’s still secretly a Christian. Leif, one of Ragnar’s men, volunteers to take his place. It is during this pilgrimage that Ragnar pledges his fealty to King Horik (Donal Logue).

On his diplomatic trip to see Jarl Borg in Götaland, Ragnar is unfaithful to Lagertha with Princess Aslaug, who says she carries his child after they are together only once. Bjorn witnessed his father’s infidelity and made him swear not to do it again; Ragnar kept his promise to his son. Meanwhile, back home in Kattegat, a plague kills many of Ragnar’s people, including his and Lagertha’s daughter, Gyda, and also Thyri, the daughter of Earl Haraldson and Siggy. Athelstan survives the disease, as he survived being a sacrifice to the Norse gods, but this show, like Game of Thrones and others of its ilk, promises that no one is safe.

At the end of the ninth episode, “All Change,” that’s where the story stands. Ragnar is going to return from his trip to discover that tragedy has struck his family. Having learned a little bit about his nature, I’m sure he’ll see that as a sign of the gods’ disfavor. But, over what? His infidelity? His alignment with King Horik? His ascension to Earl?

Plus, the war between the brothers seems imminent. Siggy, who now serves Lagertha, has been Rollo’s partner. Will she continue to side with him, openly or in secret? Or, will she have a change of heart after the death of her daughter?

Being unfamiliar with the legend of Ragnar Lothbrok, I really have no idea what’s going to happen next. And, I like it like that.

As I mentioned in my review of the pilot episode, I am watching this series for its entertainment value, not for historical accuracy. If there are some bits of true history here, that’s all well and good, but not necessary for my enjoyment. Since the History Channel frequently broadcasts shows about UFOs and paranoid conspiracies (which I also enjoy for their entertainment value), I think everything they produce is suspect.

No matter. I like this show a lot, and am looking forward to more.