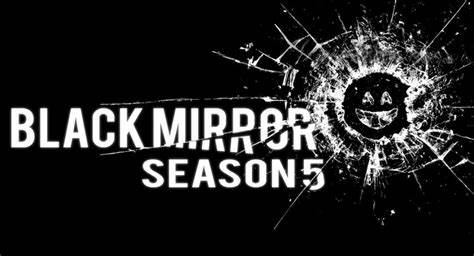 I’m going to blame a Charlie Brooker-style technology glitch on my review of Black Mirror: Bandersnatch, which I referred to in the body of the text as “Dark Mirror” for, I don’t know, six or seven times. Too many times to laugh it off as a typo, at any rate. You won’t see my gaff in the review (read it here) now, because I chose to edit the post and make it appear to have been written by a non-madman.

Dark Mirror has been the title of a few things over the decades, including an R.A. Salvatore short story, a TNG novel by Diane Duane, and a mystical object in the Zelda video game series. While I did read the TNG novel years ago, I have no real defense for my mistake.

I am a fan of Black Mirror. I would not blame you for doubting that at this point, but, I assure you, it’s the truth. While Season 5 is only three episodes in length, when the previous two seasons each had six episodes, my ardor for this series hasn’t been dampened in the least. In fact, the “less is more” approach may have worked wonders for this season of the show. I’d rather have three fully-developed episodes, like the ones released on Netflix this year, than six episodes rushed into production. This was good television. Period.

The episode “Striking Vipers” is about two old college friends who get into playing a virtual reality game that seems very similar to old-school Mortal Combat. Only, in the game, these two old friends—both male—begin an illicit sexual relationship. Their player-characters are male-and-female. I thought this was a brave avenue to explore, and I applaud the actors Anthony Mackie (the Falcon in the Avengers franchise) and Yahya Abdul-Mateen II (who was in Netflix’s The Get Down and the major DC movie Aquaman) for playing the hands they were dealt. This episode was engaging, and unlike anything else I’ve ever seen. The ending, which I won’t spoil for you, was uniquely progressive as well.

“Smithereens” is a timely episode about social media and internet privacy. Andrew Scott, who was Moriarty on Sherlock, plays the villain of the episode, a kidnapper who, over the course of the story, becomes less of a villain and more of a sympathetic victim. Topher Grace also gives a bravura performance as the man-bun-wearing tech-billionaire-du-jour. The story unfolds in a measured, dramatic way, and the ending is both expected and surprising, if that makes any sense to you at all.

The episode “Rachel, Jack and Ashley, Too” manages what I would have once thought was the impossible feat of actually making me enjoy a Miley Cyrus performance. I’m sorry if that comment was too snarky for you. I could have went much darker with it. Miley Cyrus plays the ubiquitous pop star Ashley O in the episode, who is being manipulated and controlled by the people around her, to the point where she’s in a coma and people are using technology to still milk her fame for profit. While the story is dramatic and suspenseful, it also includes many comedic moments. The Cyrus character Ashley is much darker and infinitely more foul-mouthed than her image suggests, and two other younger female characters (one of whom is a huge Ashley O fan) throw caution to the wind to save Ashley’s life. The tale also involves a virtual Ashley doll called Ashley, Too.

Like all of the Black Mirror episodes, each of these stories is based on technology in some way. The stories this season all seem to conclude with at least a glimmer of positivity, which is not always the case in this series. I suppose “Smithereens” is the darkest of the lot, but even that episode seems to have a somewhat positive message.

Season 5 just may be my favorite season yet. All meat, no fat.

And I’ve always been a fan of this series. Even back when it was known as Dark Mirror. 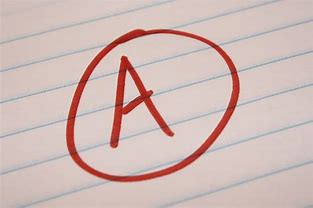 Firewater is a middle-aged pop culture fan whose life is sustained by his word count.
The Master Shots

Cinema for the rest of ya

Poetry to Honour the Gods

Comic Books and Pro Wrestling. Because They're Awesome.

open your mind to a growth mindset and new perspectives

Your Geek News quick and to the point!

Until I know this sure uncertainty, I'll entertain the offered fallacy.

Welcome to my head space...

One Issue at a Time