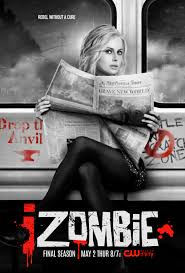 I’m writing this review (or at least this first sentence) just moments after watching the season, and series, finale of the CW’s iZombie, “All’s Well that Ends Well.” Even before I watched the episode I thought this was a bold choice for an episode title. I mean, what if it didn’t end well? Series finales are notoriously difficult to pull off to everyone’s satisfaction.

Anyway, more about “All’s Well that Ends Well” in a bit. In fact, more about wells, period.

You know, I think I just got the joke. The creative minds behind this series just couldn’t go out without one last pun-tastic title.

I was a latecomer to this series, which doesn’t surprise me any more than it should surprise you. I am rarely an early adopter. Netflix quickly got me up to speed on the series, and I’ve been watching it more-or-less live (okay, on DVR) since the fourth season, I think. It’s safe to say that I was a fan.

I probably never would have watched the series if I hadn’t enjoyed that other Rob Thomas series Veronica Mars. I was unaware of the comic book, and the premise of the show didn’t initially appeal to me when I saw it advertised. I thought I had enough zombies in my life after George Romero and The Walking Dead. You understand.

But, Netflix made it easy for me to get caught up on the show, as it has with so many others, like Colony (sadly, no longer with us) and The Good Place. I discovered that it had an attractive, talented cast, with a special spotlight on the chameleon-like Rose McIver as our lead, the zombie medical examiner Liv Moore.

The premise was a simple one. Liv would make a snack out of the brains of recent murder victims, which temporarily gave her the victim’s memories—in convenient flashes—and their personality quirks, and Liv would use these to solve the murders. At the beginning of the series, the world remained blissfully unaware of the existence of zombies, and Liv hid her own condition from family and friends. Det. Clive Babineaux (Malcolm Goodwin) initially thinks that Liv is a psychic and he frequently enlists her aid in solving our murders-of-the-week. Her boss at the morgue, Ravi Chakrabati (Rahul Kohli), figures out Liv’s secret early in the series. In fact, he had been fired from the CDC for suggesting that a zombie outbreak was possible. Ravi spends much of the series attempting to find a cure for zombiism. Liv’s former fiancée, Major Lilywhite (Robert Buckley) and her BFF Peyton Charles (Aly Michalka) round out our ensemble on the good-guy side of the equation. Blaine de Beers (David Anders) is always the Big Bad, throughout, but he’s not without his charms. And he often gets to share the bad-guy spotlight with other guest stars. But he’s the Big one, from the boat party where he scratched Liv and turned her into a zombie on up to the very last episode.

In my opinion, the series stumbled seriously after ditching the original murder-of-the-week police-procedural-with-zombies format in Season 4. Seattle was recreated as a walled-off zombie reservation. At the same time, Seattle was presented as a walled-off colony on the series Colony. Residents of Seattle beware! It’s in the zeitgeist that your perfectly lovely city should be surrounded by high walls like Arkham City. Also, Liv’s zombie secret was out, which took away some of the fun. The focus of the series shifted to zombie-human relationships, bigotry, and striking back at Big Brother. Not exactly the show I started watching, and I sort of missed it.

Season 5 manages to recapture some of the earlier flavor of the series, and some of the fun, but the season-long arc featuring Liv’s long-lost dad and the Freylich kids sometimes bored me. Does Ravi ever create a cure for the zombie plague? Well … that would be telling. You can probably guess the answer.

With this series, I sometimes feel like I’ve entered Bizarro World. I normally prefer mythology stories and their larger arcs over monster-of-the-week episodes (which I usually dismiss as “filler”). In iZombie, I think the murder-of-the-week episodes are, in many ways, more interesting and, certainly, more entertaining than the season arc. I recommend watching this series for those alone. The acting and obvious chemistry of our main cast is always on-point. The situations we find Liv Moore in after consuming a new brain are frequently hilarious.

While I found the humans-vs-zombies plotline to be a bit tired, and Ravi’s incessant search for a cure to be frustrating, I have to admit that the show writers finished filling in the blanks to get the series to some kind of conclusion.

Oh, yeah. I said I’d talk about the well. At one point in the finale, Blaine and his sidekick Don E. both end up down a well, which hearkens back to what Blaine did to his own father. It also explains the “All’s Well That Ends Well” episode title, which I didn’t realize was just another Rob Thomas pun until I sat down to write this.

There was an annoying flashforward during the finale also, which reminded me unpleasantly of the Gotham finale. The less I say about this, the better. 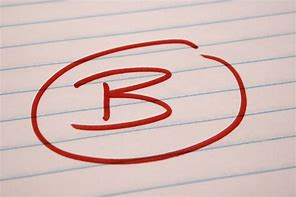 While not the best season of the series, it was as watchable as ever and wrapped up most of the dangling plot threads. I’m both sad to see the show go, and, at the same time, relieved that it’s leaving before it really begins to suck.

One thought on “iZombie: Season 5 — a review”