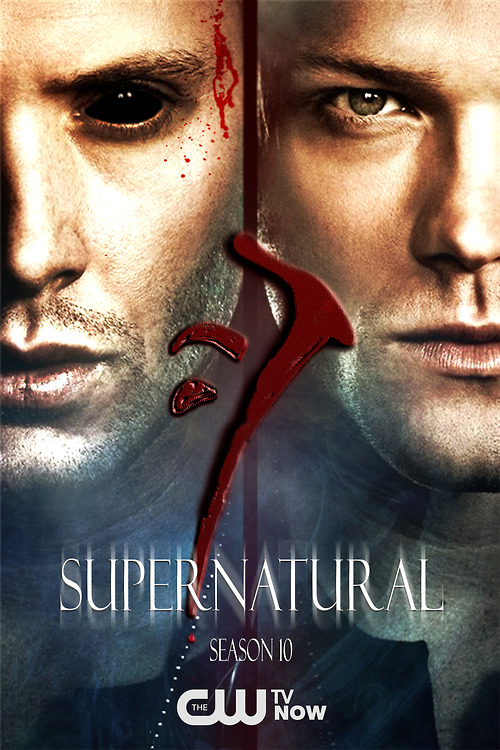 As I keep rocketing through the past seasons of Supernatural, I’m starting to feel like a hypocrite.

I still enjoy the series. A lot. But, after this crazy immersive process of watching at least five episodes a week this year, I sometimes feel like I’m getting too much of a glimpse into how the sausage is made. I recognize the story beats and set pieces, and at times it begins to feel too much paint-by-numbers.

Like: “Okay, we just finished a monster-of-the-week story, so we have to have a scene with the Winchesters emoting in the car that somehow ties, however vaguely, to the mytharc of the season.”

Or: “We haven’t seen Sheriff Jody Mills or Charlie Bradbury in a while, so let’s do an episode about her.”

For a writer who’s interested in how stories are crafted, this is actually a good thing. And, it’s a component of the reasons I do this, aside from my primary goal of being entertained. I realize my comments may read as a bit cynical, and for that I apologize. Still, you can’t have watched this much of the series without wondering when the new sidekick character you like is going to be killed or otherwise erased from the narrative.

SPOILERS COMING SOON. YOU HAVE NOW BEEN WARNED.

Season 10 had the strongest opening of the series I’ve watched so far. Three solid episodes devoted to setting up the season’s mythology arc. Dean Winchester has been raised from the dead by the Mark of Cain as a demon, and he and Crowley become besties for a time.

We’re introduced to a black ops/commando type named Cole who is hunting down Dean to kill him in revenge for Dean killing his father when Cole was 13. Cole’s dad was a monster of some kind, apparently. Cole returns later in the season for an episode about parasites taking over humans that reminded me a lot of the X-Files episode “Ice,” and, of course, John Carpenter’s The Thing (and, since you brought it up, the original The Thing from Another World). All art is derivative, it seems. The writers seemed to be setting up Cole to be something huge in the season-long story, but it turned out he was something of a red herring. Any threat he posed was quickly defused and he was pretty much dismissed from the storyline.

By the third episode, Sam manages to “cure” his brother of being a demon, even though the mark of Cain remains. It’s established that our seasonal mytharc will be about the quest to remove the mark of Cain from Dean before he reverts to demonhood.

That’s a pretty solid story goal, even if, on the surface, it seems to lack the bombast of the usual “averting the Apocalypse” scenario.

Of course, as is required in any story, there are obstacles to achieving this goal.

The first obstacle is the episode “Paper Moon,” another werewolf episode, which are never my favorites. This one wasn’t as terrible as the usual Supernatural werewolf episode, but it wasn’t great. Another monster-of-the-week episode followed this one, this one featuring a girls-school musical based on the Supernatural series of novels that are an actual thing in-universe. The weekly monster in question is the goddess Cassiopeia, and the prophet Chuck Shurley AKA author Carver Edlund makes a cameo that remains unexplained. I thought we saw him vanish in an earlier season, which allowed Kevin Tran to become the prophet. Maybe there’s more to come. At any rate, this was a fun episode, even if it ultimately added nothing to the story.

These two slightly better-than-average episodes were followed by the worst episode of the season, “Ask Jeeves,” another monster-of-the-week episode that plays like a live-action game of Clue without the entertainment value.

Rowena the redheaded witch is introduced early in the season. We find out by the end of the seventh episode that she is Crowley’s mother. She ends up playing a role in deciphering the Book of the Damned, one of those convenient arcane tomes necessary when you’re trying to remove marks of Cain and the like. Rowena, being the veritable template for Bad Motherhood, also tries to kill Crowley by placing some sort of mad-dog spell on Castiel. It almost works.

Jody Mills makes a return appearance at a sheriff’s convention with that perky Minnesota sheriff from the Peruvian fat-sucker episode.

During the season, Castiel explores parenthood a bit when he attempts to connect with the daughter, Claire, of his human host, Jimmy Novak. Claire is a bit of a handful. At the conclusion of her last appearance in the season, Claire is sent off to stay with Jody Mills in what feels like a setup for a potential spinoff.

Charlie Bradbury returns from Oz split into her Good and Evil halves. There’s something we’ve never seen before about a hundred times. Felicia Day manages to elevate the episode to at least “meh,” but not much higher than that. She returns again later in the season. We’ll chat about that in a bit.

Cain returns temporarily to the series. He’s attempting to assassinate all of his descendants, who all carry the mark of Cain like a recessive gene, even when they themselves aren’t exactly evil killers. Dean manages to kill Cain in a fight.

Metatron is busted out of Heaven by Castiel and the still-dead Bobby Singer, in order to help remove the mark of Cain from Dean. It turns out that Metatron can’t help with the mark, so that was kind of a waste of time.

Charlie Bradbury is the character who manages to launch the endgame for the season’s mytharc. She delivers the Book of the Damned to the Winchesters. Then Sam gains Rowena’s unwilling aid in deciphering the book, after locating a codex written by a crazy nun on her own skin. Along the way, we’re introduced to the mysterious Cajun family, the Stynes, who are presented as being sort of like the Illuminati. They are actually a family of dedicated body-modification bioengineering junkies who are descended from the Frankenstein family. Yes, that Frankenstein family. As a result of going up against the Styne family, Charlie Bradbury ends up dead. She gets a hunter’s funeral and everything. She managed to decipher the Codex before buying the farm, though.

I’m still bummed out that Charlie had to die. I’ve liked every episode Felicia Day has appeared in. At least a little, and often more than that. It’s almost as if there is a standing order in the writer’s room to avoid the formation of a Scooby Gang. Bobby, Rufus, Ellen and Jo Harvelle, Ash, Kevin Tran, now Charlie—all deceased. And that just skims the surface. No character seems safe from death—including the character Death, as it turns out, who also died this season. Castiel seems like the only safe character around the Winchesters, but part of the reason I think that is because I’ve seen the actor Misha Collins in the videos where the final season was announced.

At any rate, Dean kills a whole heap of Stynes (perhaps all of them) before being cured of the mark of Cain at the season’s finale. Death had told Dean that the mark was both a lock and a key, and that removing the mark will unleash the Darkness that reigned prior to the creation of the universe. So, the season finale of course included the removal of the mark and the unleashing of the Darkness, setting up Season 11’s mytharc.

After getting off to a promising start, the season faltered a bit in the middle before closing out a bit more on the strong side. Taken as a whole, however, this has not been one of my favorite seasons. In fact, it has a lot in common with Season 7 (Leviathans, ugh), which still remains my least-favorite season of Supernatural. At times, it felt like the season was being written by people who hadn’t even watched the nine season that came before. The writing was uneven and sometimes seem to parody the “real” episodes of the series.

In spite of these real criticisms, there was enough good in this season for me to recommend it still. Still good television, if not necessarily great. 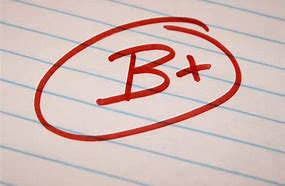 I couldn’t grade it lower than Season 7, which is still my least-favorite. Although I’m beginning to think I may have scored that season too high. We’re two-thirds of the way through this, Baby! Awesome!