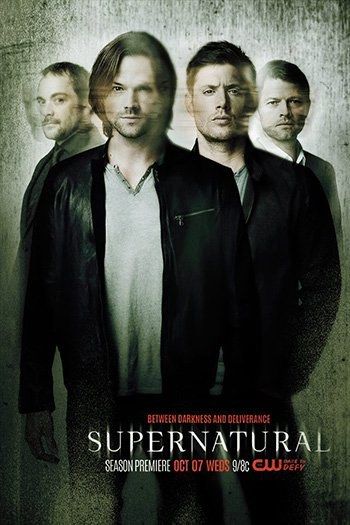 My best friend, from junior high school all the way through four years of undergraduate studies, was a great guy named Jim. He was wicked smart and off-the-wall in all the good best-friend ways. Our bond was always a strong one. He was the best man in my wedding (well, my first one, at any rate). And I was one of his groomsmen in his because his Dad was his best man. We stayed in touch over the years. At a distance, though, because I moved around a bit in the gypsy lifestyle that is retail management. We both started our own families and lived other lives.

These days, I would describe our relationship as a Facebook friendship. We’ve grown apart in a lot of substantial ways. Like so many of my friends from the early days, Jim doesn’t seem hesitant to share his opinions about a wide variety of subjects, from politics to race relations, while proudly wearing a MAGA hat. I find most of his views abhorrent, though I choose not to share this on-line. He doesn’t really seem like the guy I used to know, even though I know he is. Maybe I’m the one who’s gone through more changes. I can’t say.

I still consider him to be a friend. I always will.

I thought about my friend Jim while thinking about writing this review for Season 11 of Supernatural. My relationship with this series has also changed since seasons 4 through 6, which represent the show’s highwater mark for me. So far.

I still like Supernatural, but I can’t shake the feeling that its best episodes are behind me now. Since I have four seasons left to watch, this saddens me a bit. After finishing Season 11, I felt compelled to go back and re-evaluate Season 7, the one with the Leviathan story line. I had originally graded it B+, but it has remained my least-favorite season ever since. Season 11 has been my second-least-favorite season, and I don’t feel like it deserves a B+ or an A. I downgraded Season 7 to a B- instead. Like Season 7, this season has some things in it that I like a lot, and there were some bold choices made in the plot. In certain places this season, it felt like the writers and showrunners were swinging for the fences. But, it also felt like they failed.

As always, I jotted down notes during the season, as well as giving each episode a rating (using a five-point system). I even have all of this plotted on a spreadsheet I’ve maintained since Season 1. There’s no shame in my nerd game. Season 11 had the weakest beginning of all the seasons so far. Also the weakest finale. There was a momentary flash of greatness in Episode 11.4 “Baby,” a bottle episode filmed entirely from the interior of the 1967 Impala that serves as the Supernatural-mobile. But, then the season returned to merely average fare throughout.

It’s not that the season is awful. It’s not. Even at its worst, Supernatural has been watchable, and usually entertaining. This season, more so than any other to date, seems to cannibalize what came before a little too much. It’s as if someone who had never watched the series before binge-watched the previous ten seasons and began picking out themes and motifs that had already been done.

The spreading of the Darkness at the beginning of the season felt a lot like the Leviathans released by Castiel-God in Season 7. Then, we abruptly segue into a zombie plague that looked a lot like the Croatoan virus outbreak. Sam discovers how to cure that by the second episode. We also get to meet Billie the Reaper, who tells Sam that the Winchester brothers will get no more do-overs: their next deaths will be their last ones. Yeah, right. The seasonal mytharc is going to be about The Darkness, which is personified in Amara, who matures rapidly from an infant—bearing the Mark of Cain—to a beautiful dark-haired woman before midseason. Amara herself is reminiscent of other dark-haired antagonists in the series, including Ruby, Bella, and Mother, although I’m sure there are others I’ve forgotten.

Sam becomes convinced that God is attempting to communicate to him, sending him visions of the Cage. He’s convinced that he needs Lucifer to help defeat Amara. In the midseason finale, Sam, Crowley and Rowena use the Book of the Damned (decoded by the Codex) to allow Sam to meet with Lucifer. Sam refuses to allow Lucifer to use him as a vessel, and Lucifer reveals that it hasn’t been God communicating with Sam. The presence of Amara in the universe has weakened the Cage enough to allow Lucifer himself to send dream-messages to Sam.

From episode one, Dean has been experiencing some sort of emotional bond with The Darkness/Amara. They are somehow linked through the Mark of Cain. A full-on smiting assault by the angels against Amara fails. As Dean uses Billie the Reaper to journey to Hell, again, to rescue his brother, a cage match seems to result in Lucifer’s defeat and return to the Cage. But, no, Castiel messes things up again by agreeing to be Lucifer’s vessel, because he believes it’s the only way Amara can be defeated. Lucifer kills Rowena by snapping her neck, but she comes back later in the season. You know, magic.

No one realizes Castiel is now Lucifer’s vessel for several episodes. But, as is always the case on this show, secrets must be revealed. In the meantime, artifacts known as Hands of God because they were physically touched by God during Creation become a part of the lore. These include a piece of the Ark of the Covenant, Aaron’s rod and Joshua’s horn, things that are still imbued with part of God’s essence and can be used like Power-Ups in a video game in the war with Amara.

Amara is beginning to look pretty much undefeatable until God Himself shows up. Yes, that God. And, it’s Chuck Shurley, the former Prophet who used to write the in-series Supernatural novels. It takes some serious retconning in my mind for me to accept that Chuck was always God, but that’s the story that’s being sold to me by the series. Amara, the Darkness, by the way, is God’s sister, who was around before the universe was created. She is the Darkness to his Light. Get it?

It begins to seem that even the addition of God-Chuck will not be enough to defeat Amara. A new Prophet of the Lord, an atheist academic named Donatello Redfield, is introduced somewhat elaborately, as if he’s going to be around a while, and then is unceremoniously killed off a couple of episodes later. At least we didn’t have time to grow emotionally attached. Metatron (Curtis Armstrong) ultimately sacrifices himself in the bid to defeat Amara. A truly cosmic final confrontation is brewing for the finale, with Dean once again willing to sacrifice himself to save the world by converting himself into a terrorist soul-bomb. And then—

The bomb is defused. God and Amara kiss and make up, and then go off on a sabbatical together in a swirl of white and black smoke. The most anticlimactic season finale so far. The writers try to spice it up a bit by having Sam get shot in a Who-Shot-JR? cliffhanger by a female member of the British Men of Letters. And, Amara leaves Dean a parting thank-you gift in the form of a resurrected Mary Winchester, also known as Mom.

To which, all I could say was, “What the fudge?” Or, something like that.

Season 11 was ridiculously over-the-top at times, full of big cosmic ideas that fail to live up to their potential, perhaps as some sort of ironic statement that I’m too dim to get. Sometimes the season played like fan-fiction that went off-the-rails. I guess the natural progression after introducing angels and Lucifer was the ultimate appearance of God. Maybe not God’s sister. But, hey, the series Lucifer did introduce God’s wife, the Goddess of Creation.

Speaking of Lucifer, the Vertigo comic book character is subtly called out when Billie the Reaper is shown reading a Neil Gaiman comic about Death in one scene. Also, the Supernatural version of Lucifer tells Sam that maybe he’ll go to LA and solve crimes. We know what comic book series and television show that sounds like, don’t we?

There are some things that elevate this season above Season 7. The entire God-Amara plot is fundamentally better than the Leviathan high-fructose corn syrup plot. And there’s “Baby,” of course, which will probably make the Essential 10-List when I compile it. Plus, there are some fun monster-of-the-week episodes.

During Season 11, we get episodes about the Lizzie Borden house, killer plushies, imaginary friends that are actually beings known as Zanna, banshees, an Aramaic death genie, and cicada monsters known as Basaan. This is in addition to the now run-of-the-mill werewolves, vampires and demons. We get a Sheriff Jody Mills episode, with her foster daughters. And a wrestling-themed episode. We also get our now-customary Dean-travels-through-time episode, which involves Nazis and an ill-fated submarine, and, it probably goes without saying, a piece of the Lost Ark.

So, even though this is my second-least-favorite season of Supernatural so far, it isn’t all bad. Years from now, hindsight will help smooth out the highs and lows for me, I’m sure.

When my second-least-favorite season still gets a respectable passing grade, it means I must like this series.