The one thing I was afraid of when Lucifer was exiled from Fox and cast down onto Netflix was that the streaming giant would flex its influential muscle and change the series that I had grown to admire and enjoy.

I’m happy to tell you that this is pretty much the same show I’ve been watching up to this point, with a tighter 10-episode season arc that only improved it, as far as I’m concerned. I’m going to attempt to review it without giving up too many spoilers. But, hey, you know me—consider yourself forewarned.

I’m a little late writing this review because I thought I’d already written it. I guess I’ve been thinking about it a lot. And, since Graham McTavish seems to show up in every series I’m watching, and a version of Lucifer in several of them, you can understand my confusion. At least I’m getting around to it before Season 5 drops on Netflix. That season will be the last one for Lucifer. It’s bittersweet, because I’ll miss the show, but I’m happy that the creative forces behind it will be allowed to give it a true ending.

The first observation I want to make about this season is that it picks up after the true ending of Season 3, when Lucifer Morningstar (Tom Ellis) revealed his devil-face to Chloe Decker (Lauren German). This completely ignores the two unaired Fox episodes that Netflix tacked on to Season 3, which were the pretty-good Neil Gaiman-narrated alternate-history episode and the not-so-good episode about the imaginary friend/guardian angel of Ella Lopez (Aimee Garcia). Neither episode is referenced in this inaugral Netflix season, so perhaps they aren’t considered part of the story canon.

Anyway, after Chloe sees the face, she finally accepts that Lucifer has been telling her the truth all along. Yes, he is that Lucifer, and not some metaphorical fiction he’s created for himself. I guess I can understand why it’s more acceptable that your friend is delusional rather than diabolical, but it does stretch credibility a bit when you take the time to think about it. If someone I knew and admired thought he was Satan, I would like to think I’d try to get him serious professional help. Or maybe I wouldn’t, if he was more entertaining than dangerous to himself or others, which is certainly the case here. After realizing the truth, Chloe freaks out—naturally—and takes an impromptu vacation in Europe with her daughter Trixie (Scarlett Estevez).

This means that when the season opens, Lucifer is in a piano-playing self-hate spiral set to the tune and lyrics of Radiohead’s “Creep.” For some reason, an unraveling Lucifer is the most entertaining version of the character, however much the viewer can sympathize with his mental anguish.

As way leads to way, Chloe’s brief European sojourn leads to possible betrayal and the introduction of zealot priest Father Kinley (Graham McTavish, naturally). So, there’s that whole story arc. Meanwhile, Det. Dan Espinoza (Kevin Alejandro) is going down a dark path as he tries to get over the death of everyone’s favorite Cylon/goddess/lawyer, while everyone’s favorite CSI-with-a-sketchy-past Ella Lopez deals with a personal crisis of faith. Will these two characters gravitate towards each other? What do you think? Dr. Linda Martin (Rachael Harris) becomes pregnant with Amenediel’s (D.B. Woodside) child, which doesn’t seem to be as dire a thing as it does with the Nephilim on Supernatural, and this situation occupies most of their character arcs this season. Mazikeen (Lesley-Ann Brandt) continues her development as one of the more interesting characters who isn’t played by Tom Ellis, as the demon-bartender continues her work as a bounty hunter and explores her relationship to the other characters in the series. In many ways, Mazikeen is the glue that binds all of the characters together, perhaps even more so than Lucifer himself.

This series has always had a knack for introducing new characters to the show that affect the overall shape of the story being told. It’s easy to forget that Ella Lopez wasn’t always around. Also the introduction of Charlotte (Tricia Helfer) and Lt. Pierce (Tom Welling) opened up numerous dramatic possibilities. Season 4 introduces us to Eve (Inbar Lavi). Yes, that Eve, a woman who has a past with Lucifer, as you might recall, and is suddenly a real threat to Deckerstar (which is the ship-name for the romantic pairing of Chloe Decker and Lucifer Morningstar (and if you don’t know what is meant by ship-name, ask someone younger than you)). It helps that Eve is a likeable character and affects the plot in many unpredictable and enjoyable ways, rather than just being painted as a hateful rival to Chloe for Lucifer’s affections.

While there is a definite season story arc, Lucifer continues to be a supernatural police procedural that I can’t help but compare to iZombie. As such, we get our murder-of-the-week stories. The investigations may not pass the smell test of a true police procedural on closer inspection, but they are always entertaining and offer ample opportunity for bad puns and Lucifer’s inherent campiness.

Honestly, when I found out that Netflix was picking up the series, I thought the show would make a sudden turn to more raunchiness, bad language and gratuitous nudity. I’m pleased to tell you that this isn’t the case. Of course, the show was raunchy enough on Fox. Viewers who were hoping that the pansexuality of characters such as Lucifer and Mazikeen would be more thoroughly explored on Netflix may be disappointed. Personally, I think the issue is dealt with as it should be, as something intrinsic to the characters, not something that needs to be spotlighted for prurient reasons.

That being said, this still isn’t a series for the easily offended. Which probably goes without saying in any show that features the Devil as the eponymous character.

Another great season of Lucifer. Perhaps in the running for the best season. I’ll have to give it more thought. 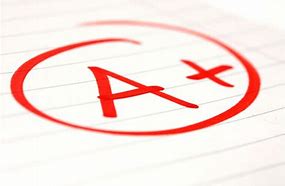 One more for the road, and I’m looking forward to it.

Firewater is a middle-aged pop culture fan whose life is sustained by his word count.
Mungo Food
Dreams of Rane
Gavin R Jones

Put it in Writing

Author of "The Hedge Maze"

The Story of My Faith and Fandoms