One of the benefits of being an Amazon Prime member, for me, is that I get to watch a lot of documentaries that I probably wouldn’t watch otherwise. Chris Claremont’s X-Men is one of these.

My bona fides as a comic book geek (a collector during my teenage years; a sporadic aficionado thereafter) are a matter of record. Chris Claremont’s run on the comic book X-Men was my entrée to that particular superhero milieu. I didn’t jump on the bandwagon during the Giant-Size X-Men #1 introduction to the “new” X-Men by Len Wein and Dave Cockrum. I wish I had, since that issue fetches a good price in mint condition. Nope, my introduction was somewhere around X-Men #101, the issue in which Marvel Girl became The Phoenix.

I had traded another comic with my friend Jim for this issue, and I didn’t know what an important issue it was until years later. I know I didn’t come into possession of this issue in 1976, when it was published, because I didn’t meet Jim until a couple of years later. I’m guessing I first read it in 1978 or so, because that’s around the time I began reading the Chris Claremont/John Byrne run on the title. And I was hooked.

Honestly, X-Men #114 (the first issue rebranded as “The Uncanny X-Men”) is the first one I remember buying.

I was a little lost in the plot, because I didn’t understand why the X-Men thought Professor X and Phoenix were dead. So, I was doing a lot of catching up. From the vantage point of hindsight, it’s possible I didn’t trade for X-Men #101 until around this time, because I had been sucked into the current timeline without the benefit of back story. I didn’t read the Lee/Kirby reprints of the original books until much later. I knew the Beast from the Avengers book, but I knew the blue, furry version first.

So, if I had to make an official statement, I would say that Chris Claremont’s X-Men were “my X-Men.” I’m not alone in this, I know. I was hooked by the Dark Phoenix Saga and was devastated when Jean Grey was killed (although she deserved it). 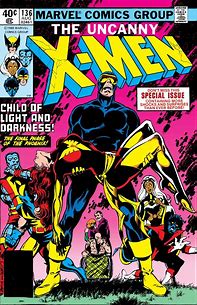 I was there when Kitty Pryde made her first appearance. I was there for “Days of Future Past.”

Because I had, by then, purchased a subscription so I wouldn’t miss an issue, I was still reading the book after John Byrne left to leave his imprint on the Fantastic Four and Dave Cockrum returned to penciling duties. I was still reading when Paul Smith took over the art in early 1983, but very soon after (around the time Storm got her mohawk) I stopped buying any comics at all for the remainder of the decade.

This means I experienced only around five years of Claremont’s fifteen-year tenure on Uncanny X-Men. He also wrote the first three issues of the second X-Men title, called simply X-Men, with Jim Lee and Scott Williams doing the art on the book. Of course, I was on board for that as well. I still have all the variant covers around here somewhere, boarded and wrapped in plastic and kept out of the sun. 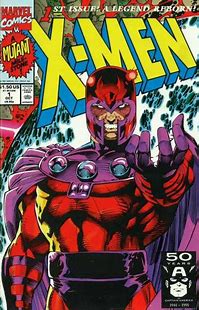 This documentary is a fan love letter to Chris Claremont. He is often credited with elevating comic book storytelling to a more mature level, paving the way for other comic creators and graphic novels. His storytelling style was certainly more soap-opera-like than I was accustomed to prior to jumping ship from DC to Marvel during junior high school (peer pressure, you understand). I don’t mean “soap opera” in a derogatory way, however. I mean, his characters all had personalities, and flaws. They had goals and dreams that weren’t all about being costumed superheroes. Claremont didn’t shy away from tugging at the heartstrings or making his characters emotional. The “quiet” moments in a Claremont story—which would have been a death-knell in classic comics—were some of the best moments. Sure, we still liked the explosions and fight scenes and the shnikt!shnikt! of Wolverine’s adamantium claws. But, we cared about our heroes as people as well.

During interviews on this documentary, we get to finally put faces to names we recognized from the books. Editor Ann Nocenti and editor/writer Louise Simonson share more than a few scenes with Claremont. At some point, one of the women—I think it was Simonson—makes the comment that Claremont wrote the characters like real people because, to him, they were real people. I believe that shines through in the five years worth of books I read. These superheroes have personalities. The most two-dimensional of the X-Men in most of the stories was probably Cyclops, who was also the most traditional superhero. Strong, solid, largely unemotional.

In many ways, the Claremont era of the X-Men represented a changing of the guard. The mutants-as-outsiders motif was there from the very beginning in the Lee/Kirby days, but it was the Claremont version of the group that made the leap to the big screen. His stories have been influencing not just the X-Men movies, but legions of comic book creators since.

As a bonus, we get interviews with Jim Shooter in the documentary as well. Easily one of the more polarizing figures in the comics biz, he remains an interesting character. He got his start in comic books as a 14-year-old, and during the Claremont/Byrne run on X-Men he was Marvel’s editor-in-chief. Also during his tenure, Byrne completed his run on the Fantastic Four comic, and Frank Miller made history with his take on the superhero Daredevil. Shooter may have earned some of the dictatorship criticisms leveled at him, but a lot of great things were created on his watch as well.

The years have seemed to mellow out everyone involved during that time, and any past animosity between the players doesn’t really seem to come to the fore during this documentary. Instead, there seems to be a lot of mutual respect, which is refreshing.

There is still some whining to be heard here, though. About the “corporatization” of Marvel and the havoc the marketing people caused for the “creatives.” Also, we get a sense of the next changing of the guard as new “creatives” such as Jim Lee and Rob Liefeld began to gain popularity.

I enjoyed learning a bit more behind-the-scenes stuff about this great time in superhero comics. But, there’s nothing really that new or earth-shattering in the documentary. It’s nice to get this piece of audio-video history rather than merely words in a book or magazine article, however. As a fan of the artist John Byrne, I feel like his contribution to the success of Claremont’s X-Men is a bit downplayed. I sincerely wish he’d been available as an interview subject, but that may have taken too much of the spotlight off of Claremont.

A decent way for the X-Men fan in your life to pass a little bit of time.

One thought on “Chris Claremont’s X-Men — a documentary review”