I’ve always claimed that I don’t really engage in binge-watching.

I still say this is true, if the accepted definition of binge-watching is the “now common practice of watching many episodes of a television show in a single sitting” [Macmillan Dictionary Blog].

It’s not that I have never done this.

Sharon and I binge-watched Orange is the New Black until we burned ourselves out on the program. And, when I first watched Lost, it wasn’t uncommon for me to watch two or three episodes in a single sitting.

When I watched Buffy the Vampire Slayer, it was back when I was getting those silver discs from Netflix on a regular basis. I was going through a lot of work-related stress at the time and had trouble getting to sleep at a reasonable hour (I was working early mornings). Since I was going to bed alone, with blackout curtains over the bedroom windows because the sun was still shining, I would watch Buffy episodes until I finally nodded off to sleep, and then, the next day, figure out where I finally zoned out and repeat the process. If that counts as binge-watching, I did that. I continued this process after I finished Buffy and began watching Smallville. I really wasn’t getting enough sleep.

But, that’s all in the past now. In this modern era of multiple streaming platforms, I’ve availed myself of a veritable cornucopia of entertainment choices. I’m currently watching nine different television series and one movie (fifteen minutes at a time). It’s all about breadth, not depth. So, while I may be watching as much as 14 hours of entertainment per week, it still doesn’t qualify as binge-watching by the above definition.

However, I still managed to watch nearly 14 seasons of Supernatural in 2019, which is more than a season per month. Maybe I didn’t watch them back-to-back, in the same day, but I did watch a lot of episodes last year. As I sit here today, engaging in another of my sedentary hobbies, writing, I feel like I’ve been binge-watching Supernatural. Five episodes per week, even spread out over multiple days, is a lot of content. While I did this intentionally, I’m happy that this process is coming to an end soon. I am very close to catching up to the current—and final—season of Supernatural. When I do, I’ll be forced to watch only a single episode a week until the series finale.

But, I do believe in making plans. After I catch up to Season 15 of Supernatural, I plan to never watch more than two episodes of a series per week going forward. Since I know who I’m talking about here, I’m certain I will occasionally slip and watch more. That’s just a temporary adjustment to the plan. Watching five episodes of any television series each week—whether or not you consider this to be binge-watching—is just too much.

Let me tell you why I believe this now.

When you watch that many episodes of a series, in that short amount of time, you begin to recognize the repeated patterns and story formulae, the nuts and bolts of the process that must be happening in the writers’ room. In a sense, you get a glimpse of what’s behind the curtain. After you know how a magician’s illusion is performed, you can never enjoy a magic trick the same way again.

I once argued that this was invaluable to someone who writes stories. A writer needs to recognize story beats and plot conventions. If you wanted to write a script for a certain television show, you would need to know what the house rules were and then strive to be creative while obeying them. After watching so many episodes of Supernatural, I learned to recognize the teaser, and knew when I was going into a monster-of-the-week episode versus one expanding upon the seasonal mytharc. I saw the way the writers excluded certain characters from some episodes (usually with lame excuses), and recognized repeated motifs. I began to wish each season was pared down to the “real” story, which could have been told even better in twelve or thirteen episodes. Every time one of the Winchester brothers died and came back to life, I could hear the involuntary grinding of my teeth.

In short, familiarity bred a certain amount of contempt. It lessened my overall enjoyment of the series. It robbed me of the joy of story, which is why I’m watching these series to begin with. I’ve noticed this effect in my reviews, which have grown increasingly sarcastic.

I think binge-watching is an excellent tool for a rewatch, however. Especially if you’re conducting a critical dissection of a series, perhaps writing a review of each episode. This type of examination is wonderful if you want to understand how the writers achieved whatever impact an episode had upon you. It’s not the best method of feeling that impact during an initial viewing of an episode.

Since entertainment is my primary goal, that’s why I’m invoking the no-more-than-2-episodes-per-week rule. After I finish up with Supernatural, of course.

I know where this will become difficult. I’m currently watching the second season of The West Wing. With a total of seven seasons, that’s still a lot of episodes ahead. The further I get into the series, the more impatient I’ll become to get to the end, because I get a lot of enjoyment out of finishing one project and beginning another. But, even at the relatively sedate rate of two episodes-per-week, it wouldn’t take seven years to get through the series. That’s 104 episodes in a calendar year. If I have 120 episodes left to watch (and, as of today, I do), I’ll finish up the series by February 2021, if I’ve done the math correctly, and if I stick to two episodes-per-week.

Series with fewer episodes each season, such as Doctor Who or Orphan Black, would go by even more quickly. There’s 10 total seasons of the US version of Shameless, but that’s only 122 total episodes to the end of the current season. While I don’t consider this rate of viewing to be binge-watching, it still gets me through a series pretty quickly.

This will also allow me to watch more different series. For someone with a notoriously short attention span—at least when I’m not sufficiently caffeinated—this is a gift.

In summary: Binge-watching not conducive to effective entertainment. At least, not for me. 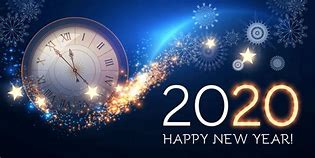 4 thoughts on “An Argument Against Binge-Watching (Happy New Year!)”