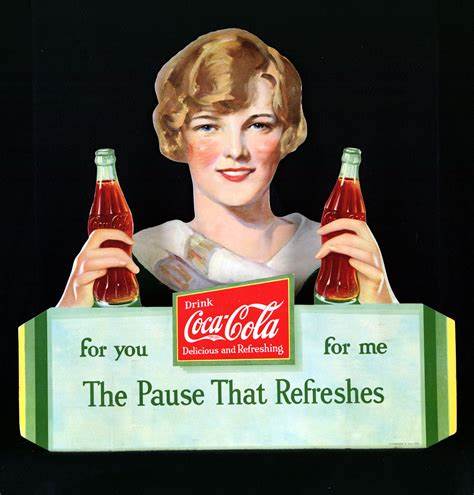 Perhaps there was a less cryptic title for this post out there, but this is the one I’m going with.

In many ways, this is a companion post to another one I put up recently, an argument against binge-watching. This one is about the polar opposite of binge-watching: Not watching at all. At least for a time.

As we all strive for self-actualization, seeking to know ourselves as the Socratic dictum instructs, we begin to see patterns in our lives. Assuming that we’re not psychotic (and the diagnosis is not complete on that one yet, at least not here), we have reasons for doing all of the things we do—or don’t do—even if we don’t fully understand what those reasons are in the moment.

I have hit the pause button on my fandom before.

I initially stopped watching Sons of Anarachy after that season they spent in Ireland. Something about the Jax’s-son-being-kidnapped plot never sat right with me and made me lose interest in the show for a time. I found myself thinking about the characters over the next couple of years, and some of the storylines I’d already experienced. Then, I went back and finished watching the series to the bitter end (and, boy, it was bitter).

And, I loved it, of course. It made my all-time favorite television series list.

I don’t know if I intended to return to the show again when I stopped watching it. But, I obviously needed the break. I didn’t like having my favorite outlaw motorcycle club somewhere else other than Charming, California, and I had to step away from the program for a while to regain my enjoyment of the series.

This isn’t the only time this has happened. I didn’t begin watching Star Trek: The Next Generation until the early ’90s—during Season 4, I think—and I joined one of those VHS mail order clubs to fill in many of the blanks I had from the first three seasons. But, I was never able to watch the series as it aired on a regular basis, so it wasn’t until after it began streaming on Netflix that I watched the entire series from beginning to end.

Likewise with Star Trek: The Original Series. Even though I had seen most of the episodes in syndication, there were some I missed or didn’t remember when I went through them all again. Of course, there is something to the argument that there are really only three or four plots to every episode in the entire series.

I recently began watching Agents of SHIELD, Season 6, because it was announced that the upcoming Season 7 will be its last. The fifth season ended in May 2018, which is when I stopped watching the series. My break from the show has improved my attitude towards it considerably, and, while I’m only four or five episodes into the season now, I am enjoying it again.

I’m completing the same process with Arrow, Season 7, with the season currently airing being its last. Again, I last watched the series in May 2018, approximately 20 months ago.

There are other series that I’ve put on hiatus for a time that I know I’ll get back around to eventually. I’ve even delayed my personal gratification in watching my two favorite DC Comics/CW shows, The Flash and Supergirl. I haven’t watched the current seasons of these two series at all, and didn’t bother to record them on my DVR. My current plan is to wait until they’re streaming on Netflix to watch them.

Two other series I plan to get back to are Doctor Who and Outlander. For reasons I can’t fully explain, I stopped watching Who before reaching the end of Series 2, when David Tennant was still The Doctor. I liked the show; I guess I just got side-tracked by something else. As you probably already know, there have been nine series since then, so I have some serious catching up to do. I’ve watched the first two seasons of Outlander, and the third is already on Netflix, but I’m going to delay returning to the show. I wasn’t as big a fan of the second season as the first, and it would be a mistake to begin watching the third before regaining a bit more objectivity. Season 5 is about to begin as I write this.

I stopped watching DC’s Legends of Tomorrow early in Season 3, so it’s been more than two years since I’ve watched this series. It was recently renewed for Season 6. I also stopped watching Black Lightning during Season 2, a little over a year ago, and it was just renewed for a fourth season. I self-cancelled both of these series for quality reasons (I had better things to watch), and just recently I’ve begun to feel like they both deserve another chance. Just not yet. It’s that objectivity thing again.

My story is similar with The Blacklist and The Walking Dead.

I stopped watching The Blacklist after Season 5, after Tom Keen’s death (on top of Mr. Kaplan’s the previous season) and the revelation that James Spader’s character may not be Raymond Reddington at all. When I realized I was indifferent to all of these new twists and turns, I decided to step away. At least for a while. Season 7 is now airing and has only 10 episodes. It hasn’t been confirmed as the last season, but that’s certainly a possibility. The completist in me says that I will eventually go back and finish the series (or catch up to it, if it doesn’t end this year), but, again, not yet.

I abandoned The Walking Dead after Season 8 for similar reasons. I just stopped caring what happened next. It’s not that I was that distraught over Carl’s death. It was more that Carl’s death didn’t bother me as much as Shane’s did in Season 1. Or Glen and Abraham’s, for that matter. I had become jaded to this sort of thing in TWD.

So, that was nearly two years ago now, and a lot has happened since. The Image comic concluded its run (there’s a fourth compendium out there now I will have to purchase to complete my collection). Andrew Lincoln has left the series, from what I gather. And I saw the actress who played Maggie on another show (briefly: cancelled). You can’t avoid all spoilers when the show’s this popular. The tenth season is airing now, and I honestly have no idea what’s happened during the last two years. I thought I was through with the show, honestly. But, then I picked up the second of the three Image compendiums I own and began reading it. I’m halfway through the volume now, and back in Alexandria again. And loving it. I know that means I’m going to return to the series at some point. Maybe not within the next few months, but eventually.

There are other shows I stopped watching that I know I’ll never go back to. Those aren’t the ones I’m talking about in this post.

In poetry, the caesura is used for effect, indicating a brief pause to take a breath or add emphasis to the words that follow. An old Indonesian word—djam karet—translates loosely as “elastic time,” and has taken on the meaning of “time waiting patiently, not wasted.” An advertising slogan for Coca-Cola in the 1920s was “The Pause that Refreshes.”

Inasmuch as there is a thesis to this post, it’s all of that.

Sometimes, you just have to take a break.