The only thing that brings me the level of satisfaction that I feel when I finish watching all the episodes of a television series is beginning to watch a new one. The following 10-List is all of the television series (or 10 of them, at least) whose first seasons I have either watched or am in the process of watching, here in the year 2020.

Shameless — excellent series about the dysfunctional Gallagher family and their friends. I’m already up to the fourth season. 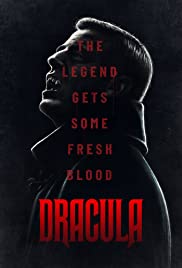 Dracula — Count Dracula as reimagined by the creators of Benedict Cumberbatch’s Sherlock. A Netflix original, only one season so far. 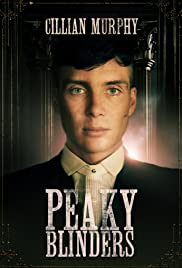 Star Trek: Picard — Jean-Luc Picard, without the Enterprise and 20 years since we last saw him. A mediocre first season, but Season 2 is on the way.

Stumptown — I’m not sure if we’re going to get a second season about this badass female private investigator in Portland, Oregon.

Community — I have been aware of this series for years, but just got around to watching it. It genuinely cracks me up at least once each episode.

Twin Peaks — beginning a series thirty years after its debut may be my personal record. I’m in the middle of Season 1 now and finally understand what all the fuss was about.

GLOW — this Netflix series about female wrestlers, starring Marc Maron, was recently renewed for its fourth and final season. That was my cue to begin watching it.

While there will always be older shows that I want to begin watching someday, the introduction of new series is unlikely to stop.