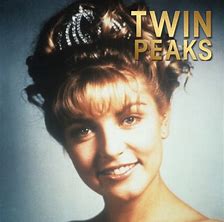 Welcome to my First-Watch of the original 30 episodes of the 1990-91 television series Twin Peaks. Below are the bulletpointed notes I jotted down while watching the episode “Traces to Nowhere.”

What did we learn today?

First, everyone seems to be having an affair with everyone else.

Second, I think I understand why Laura Palmer was using cocaine. She was an extremely active girl. She tutored Johnny Horne three days a week, tutored Josie Packard twice a week in English, ran a Meals-on-Wheels program with Norma Jennings, dated at least two different guys, saw a kooky shrink, became homecoming queen, and liked to take long midnight hikes in the woods. And, I feel like we’ve only scratched the surface.

The central story question, “Who killed Laura Palmer?” feels more than ever like a MacGuffin to me. I may be completely off-base here. As the murder investigation moves incrementally forward, we seem to be uncovering a whole passel of other questions.

Here are a few:

What does Benjamin Horne and Catherine Martell’s affair and secret campaign against Packard Sawmill have to do with Laura’s murder?

For that matter, what does Audrey Horne have to do with it? She wasn’t a friend to Laura. Her only connection seems to be the fact that Laura tutored her headdress-wearing brother.

We’re making Leo Johnson look extremely guilty of something. Is it Laura’s murder? Or just his drug-dealing with Bobby and Mike (and possibly Laura)? And domestic abuse against his wife, of course.

Is Ronette Pulaski a red herring? Does the fact that she was in a swingers magazine or worked at the perfume counter in Hornes Department Store relevant to the case? She disappeared before Laura Palmer did, I think. Why is she alive, while Laura is dead?

Why should we even care about Big Ed Hurley, the eyepatch-wearing drapery-obsessed Nadine Hurley, or Norma Jennings? They feel like secondary characters who’ve been built-up to be more important than they are.

Why is Sarah Palmer seeing visions of a man with long gray hair? Why is he so creepy?

A character called the One-Armed Man? Really? Has no one else ever seen The Fugitive?

Why didn’t Agent Cooper question the Log Lady’s log? Would that even be the strangest thing that’s happened so far?

Are we going to learn anything more about Teresa Banks, the girl Cooper said was murdered a year ago?

Why aren’t Agent Cooper and Sheriff Harry questioning Joey Paulson, that friend of James (whose name also begins with a “J”) who brought Donna to meet James the previous night?

What’s the deal with Dr. Jacoby? And, if that’s the necklace that James and Donna buried, how did he know it was there to dig it up? Even if he knew about the Picnic Spot from Laura, his knowing where to find the necklace is too large a coincidence.

You know, questions like that. I probably have even more, if I think about it. The fact that I have so many questions means the show hasn’t lost my interest yet. I can’t imagine this being as enjoyable on a rewatch, however. Once you know how an illusion is created, it loses some of its appeal.

I’m giving “Traces to Nowhere” another 4-out-of-5 stars rating. No, it’s not a perfect series. But, there’s something about it. The mystery boxes, maybe. I wanna see what happens.