This post wasn’t on the schedule of things I wanted to write. It just happened.

Mere days apart, the Internet—which is both my tutor and babysitter during these trying times—informed me of a couple of Star Trek news items.

The first story was that the United States had unveiled a new Space Force insignia. When I compared the images of this very real insignia to that of the imaginary Starfleet, I felt a shiver of joy and the flesh of my forearms broke out in nerdbumps. Not since we had a Space Shuttle christened Enterprise (although I would have went with Galileo 7, myself) have I felt so proud to be a Trekkie.

That I am a near-lifelong Trekkie is not news. A healthy percentage of my posts are somehow Trek related. (Or, as Sharon has often said, “What are you writing? More Star Trek or Star Wars stuff?”) While my memory is not good enough for me to declare myself a Star Trek expert, I have watched it. All of it. Past and present. 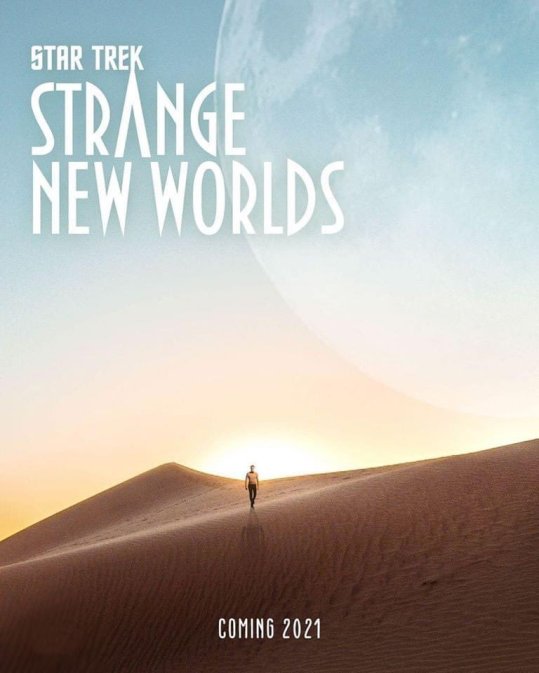 Which allows me to segue to the next news story that caught my attention, concerning the future of Trek. CBS All Access has announced a new Trek series, coming in 2021. It will be Star Trek: Strange New Worlds, and will center around the Captain Christopher Pike era of the USS Enterprise. Co-creator and executive producer Akiva Goldsman says the series will hew more closely to the values and the optimism of the original series, and is planned to be more episodic that either Discovery or Picard have been. Maybe not completely episodic like The Original Series, in which the events of one episode never seemed to get mentioned again in subsequent episodes, but more so than the heavily serialized new CBS All Access series. 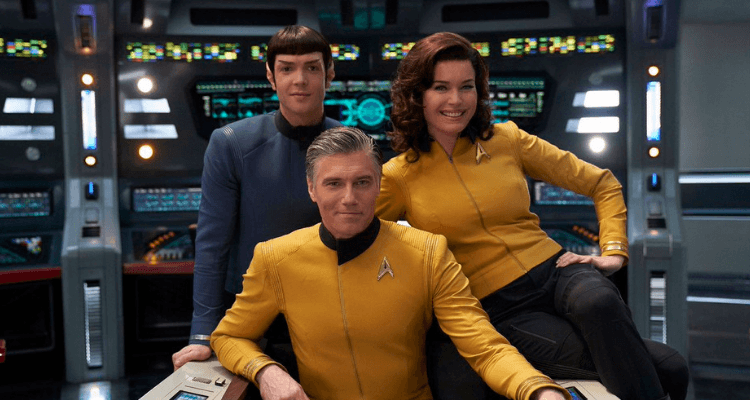 The new series will feature Anson Mount as Captain Christopher Pike, Rebecca Romijn as Number One, and Ethan Peck as Spock. The actors are reprising their roles from the second season of Star Trek: Discovery. And, of course, none of the characters are new to the Star Trek universe. In fact, all three are OG characters, having been in the original Star Trek pilot, which any Trekkie worth their dilithium knows was “The Cage,” which was later folded into the 2-part TOS episode “The Menagerie.”

I celebrate the further expansion of the Star Trek universe. I believe that television, with its more massive canvas, can be more successful than even the J.J. Abrams reboots have been at reinvigorating Trek. In fact, it’s as if the franchise is coming home.

The new series isn’t planned to debut prior to 2021. That’ll be here before we realize it.

3 thoughts on “Gimme More Trek: Captain Pike, the Pride of the Space Force”