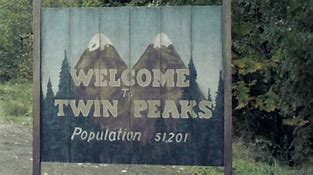 Welcome to my First-Watch of the original 30 episodes of the 1990-91 television series Twin Peaks. Below are the bulletpointed notes I jotted down while watching the episode “Rest in Pain.”

We were introduced to a couple of new characters in this episode. The Reverend Brocklehurst, for one (someone was a Jane Eyre fan). And Bernard Renault, Roadhouse janitor and Jacques brother. I think we saw Jacques Renault in an earlier episode, but, just in case I’m wrong, we got a good look at him this time. Oh, and I almost forgot the Laura-lookalike, Maddy Ferguson, her cousin. Assuming she wasn’t a figment of Leland Palmer’s imagination.

A couple of new settings as well. The Graveyard, where Laura Palmer is buried. We had a couple of scenes there in this episode. And the Bookhouse, which had been mentioned but seen for the first time in “Rest in Pain.”

Very little happens with the murder case in this episode. And the “I know who killed Laura Palmer” cliffhanger from the previous episode turned out to be a cheap trick. I feel no closer to answers than I already was. But, the series continues to pose new questions.

This has been my least favorite episode so far. Still watchable. But only 3-out-of-5 stars on this outing.